Davide Fregonese, Piemontese DOC, had dreamt of producing Barolo wines for many years: “Returning to the starting point can become an exciting trip. At least for me it was as such: after 25 years of different experiences around the world, I rediscovered a deep sense of belonging to my homeland, along with a strong call from my roots in Piedmont and my most authentic passions. In the Langhe area, among vineyard masters, eno-gastronomic excellences and ancient wine traditions, my dream has begun to shape up: my wine dream.”

Determined to make the dream a reality he held firm when two small plots came up for sale in 2014. One, a 0.6 Ha plot in the sought after Cerretta vineyard (alongside Giovanni Rosso, whose friendship was crucial and inspirational), famed for producing a fuller style of Barolo Serralunga from richer soils, while the second piece, other 0.6 Ha plot is in Prapò – a vineyard that’s upstream from Cerretta, where the soil becomes whiter and clearer, ideal for making some of Serralunga’s more powerful and elegant Barolos. Both Barolo wines are made at the new Giovanni Rosso cellar in the heart of Serralunga d’Alba, who also manages the vineyards on Davide’s behalf.

Davide’s winery is also called “Bugia Nen”, which in Piedmontese means “do not move”. The expression became famous during the Battle of Assietta (1747), when the determination of 4,800 soldiers stopped the advance of nearly 50,000 French, under the command of Giovan Battista Cacherano Count of Bricherasio and his order not to move or to give way! Bugia Nen is more than a name: it is a tribute to obstinacy and determination, qualities which also reflect Davide personality. 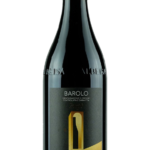 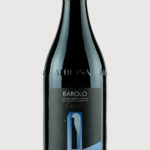