Founded in 1890, the Giovanni Rosso estate has become one of the brightest stars of Barolo. Although the Rosso family has been tending vines in Serralunga d’Alba for more than a century, Azienda Agricola Giovanni Rosso has been bottling wines only since 1995, when Giovanni’s son, Davide Rosso, took control of the estate. Davide studied winemaking in Burgundy, and his philosophy has always been aimed at having the maximum respect for the environment, farming organically and with no pesticides, and for the terroir.

In July 2016, Davide purchased an old vineyard on the Northern slope of Mount Etna, near the village Solicchiata of Castiglione di Sicilia, and with the same approach, began to vinify small lots of indigenous varietals. The farm extends a few kilometers past Passopisciaro down to Montedolce, a small inactive crater, after which the Contrada is named. The new holdings extend for 14 hectares in one single plot, of which 6 hectares are dedicated to viticulture: 1.2 ha for whites and 5.5 ha for reds (Carricante and Nerello Mascalese with small percentages of other local grape varieties, as tradition requires). The training system has been renamed “candelabro.” These are forty-year-old bush-trained vines (“alberello”), directed in two main branches to allow regular rows. The average altitude is 750m a.s.l.

In the next few years, new vineyards will be planted in the highest parts of the property. The soil is entirely made up of lava sand, and the plants are farmed organically. The microclimate is unique globally, and the goal is to produce wines able to convey this sense of terroir with the greatest style and elegance. 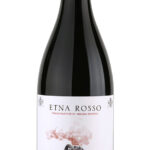 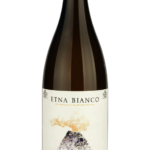