Our roots began in Italian wine, and as the most comprehensive Italian wine supplier in the US, we firmly believe that educating the market on this diverse wine producing country is what we were born to do. 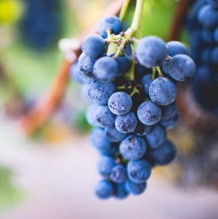 Aglianico is one of the world’s greatest red grapes that can create anything from fragrant, juicy, light-bodied wines, to deep, rich, and very age-worthy ones. There are many biotypes of Aglianico, but they all tend to have small pyramidal bunches with small, thick-skinned berries. The wines are typically firm and savory with a mineral quality and plenty of underlying fruit to go along with their big structure and depth of flavor. Usually from Campania or Basilicata, Aglianico has been nicknamed the “Barolo of the South.” 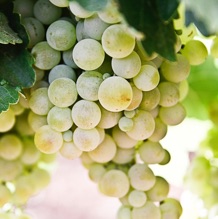 Arneis, in the local dialect, means “little rascal,” because of its difficult cultivation, and used to be called Nebbiolo Bianco due to the prized nature of the grape (they share no relation). It used to be planted near precious Nebbiolo vines to attract birds to its sweet scent, and away from the Nebbiolo. Arneis wines are delicately straw green with aromas of white flowers, chamomile tea, white peach, and apricot, with flavors of citrus, ripe pear, and sweet almond. Typically light, fresh, and crisp.

One of the most widely planted native grapes in Italy, classic characteristics of Barbera include low tannins, high acidity and very concentrated color, which makes it good for blending. Generally Barberas have grape-forward aromas with red fruit, underbush and delicate spice on the palate, with a very dry finish. 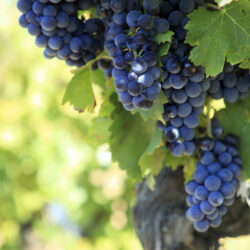 Brachetto is an aromatic red grape that can generate both still and sparkling wines. Aromatic and light-bodied with lovely tart aromas and flavors of sour red cherry, red berry, and cherry pie.. Perfect with desserts.

The Abruzzo region has the Apennines running along its western border, is next to Molise to the south, Marche to the north and Lazio to the west.

More than 22 million cases of wine are produced annually in Abruzzo, making it the seventh most productive region in Italy, but only 21.5% of which are made under the Denominazione di Origine Controllata (DOC) designation.

Basilicata, in southern Italy, is a region whose name crops up only very rarely in wine circles. It is best known for red wines from the Aglianico variety and, in particular, the Aglianico del Vulture appellation.

Calabria is a non-industrial rural mountainous region. Its economy is dependent on cereals, citrus, and particularly olives, with a per-capita income less than half the national average. Called Enotria by the Greeks in pre-Roma times for its illustrious vinous past, today viticulture and winemaking are far from the vital industries they once were and account for a tiny proportion of land use.

Like many Italian regions, Campania is home to an impressive array of grape varieties, some found almost nowhere else on earth. Its most important variety is arguably Aglianico, the grape behind the region’s two most famous and respected red wines: Taurasi and Aglianico del Taburno.

Emilia-Romagna is a rich, fertile region of northern Italy and one of its most prolific wine regions. It spans almost the entire width of the northern Italian peninsula, sandwiched between Tuscany to the south, Lombardy and Veneto to the north, and the Adriatic Sea to the east. Nine miles of Liguria is all that separates Emilia-Romagna from the Ligurian Sea.

In Friuli Venezia Giulia, most of the best vineyards are located in the southeastern part of the region facing Alpine foothills’ slopes. Here the vines benefit from direct sunlight and a complex climatic intersection of the warm Mediterranean influence of the Adriatic Sea coupled with the cooling breezes from the Julian Alps.

Lazio is a region in central Italy, and home to the ancient capital city of Rome. The region’s reputation is mainly based on its white wines, the mainstay grape varieties being Trebbiano, Malvasia di Candia and Malvasia Puntinata.

Like its more famous neighbors Tuscany and Umbria, Le Marche boasts Mediterranean flora like Cyprus trees, olive trees, and vines spread across a hilly landscape, and dotted with medieval villages.

Known as the Italian Riviera, this thin, beautiful strip of rugged land with its Mediterranean climate and poor, stony soils is dominated by hills with sheer drops that almost fall straight into the sea. These steep elevations make vine growing a challenge, resulting in scattered vineyards with limited production. In some areas, the slopes are so steep that the land has to be cultivated by hand.

The Lombardia – (Lombardy) wine region is located in the north-central area of Italy. The wine region is particularly well known for its sparkling wines made in the Franciacorta and Oltrepò Pavese areas.

Piemonte is considered by many the top wine region of Italy, being the land of Barolo and Barbaresco, even though these mega-popular wines only account for 3% of the region’s wine production.

Most Puglia wine is red, full-bodied, and will pair well with a wide variety of foods. Producers in Puglia have focused on making great red wines, and local grapes like Negroamaro, Primitivo, and Bombino Nero make for delicious drinking. Some of the best values in Italian wine come from this sunny, dry region.

Sardinia is the second-largest island in the Mediterranean Sea. in Sardinia wine is much less culturally and historically engrained there than in the mainland regions, and wine production and consumption on any scale has developed only in the past few centuries.

Sicily is Italy’s southernmost region and the largest island in the Mediterranean Sea. For more than 2500 years, Sicily (Sicilia in Italian) has been a significant center of Mediterranean viniculture, although the reputation and style of its wines have changed significantly over that time.

In the northernmost reaches of Italy, close to the Austrian border, the dramatic landscape is a fitting backdrop to one of the world’s most important wine-producing areas.

Chianti, Brunello di Montalcino, Vino Nobile di Montepulciano and Super Tuscans from Bolgheri are some of the world’s most famous wines and are adored by collectors, and they all hail from the gorgeous region of Tuscany.

Bordering on Tuscany and right above Rome is the lesser-known and lesser-traveled region of Umbria.  Without access to either the sea or international borders, it is affectionately referred to as the “green heart of Italy.”

Veneto is an important wine region in the northeastern corner of Italy. In terms of geography, culture, and wine styles, it represents a transition between the alpine, Germano-Slavic end of Italy and the warmer, drier, more Roman lands to the south.