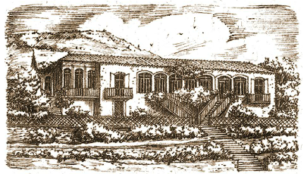 Centuries ago, our ancestors worked tirelessly to prepare their fertile valley lands for farming. They tamed the difficult but rich mountainside below Bhamdoun village with a maze of handmade stone terrace walls, allowing farmers to plant the fruit and vegetables which sustained their existence. Of all the crops cultivated across generations, it soon became clear that the soil and climate of this particular valley were best suited to growing grapes; thus a legacy of viticulture began.

Belle-Vue itself was originally a beautiful hotel which stood commandingly high on the mountain facing the Mediterranean Sea and the snowcapped mountains to the north. The hotel was owned and run by Naji Boutros’ maternal grandparents. When war broke out in 1975, Hotel Belle-Vue closed its doors and became the family’s main residence—though guests who came knocking were always offered a bed for the night.

Hotel Belle-Vue no longer exists, but symbolically, this was the first vineyard planted with vines in April 2000. Years later, we now cultivated 30,000 vines on dozens of plots in and around the village. After decades of disuse and neglect, our valley is again green and bountiful.
Every winemaker knows that extraordinary wines must begin with exceptional fruit. Our organic vineyards are carefully pruned to yield just over one ton of grapes per hectare, an unheard of amount which necessarily reflects the demands of our mountain terriors. We’ve elected to practice dry farming, opting for small, thick-skinned grapes of wonderful color and concentration. Our focus on excellence begins in the vineyards. 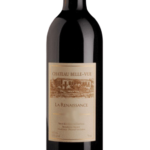 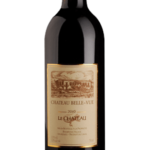 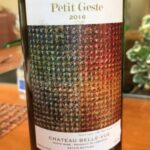