La Ginestraia was founded in 2007 in the small village of Cervo, in the province of Imperia, Liguria – by Marco Brangero. It is one of the Brangero family wine estates. The other one, with the family name “Brangero” is located in Piedmont, in Diano d’Alba, and produces the typical wines of the region: Chardonnay, Arneis, Dolcetto, Nebbiolo, Barbera & Barolo.

La Ginestraia is located on top of a little hill which faces the Mediterrenean Sea- here called Mar Tirreno, under the appellation Riviera Ligure di Ponente, covering the northwest Italian coast from the border of France to the city of Genoa. They produce around 40,000 bottles (divided between 6 labels) sourced from small family wineries who are all very attached to their terroir and to the indigenous grapes of Liguria (Pigato, Vermentino and Rossese).

The viticulture in Liguria is complex and has developed based on the area’s hilly landscape, thanks to the hard work of farmers who have excavated through rock to create the so-called “terrazze” or “poggi” where they could plant their vines. This area has a very mild climate thanks to the maritime Alps, which protects the land and the vines from cold northern winds, and also because of the influence of the Mediterranean Sea, which acts as a thermal regulator during the winter.

Despite the close proximity to the Sea, vineyards here can reach as high as 800 m above sea level. Most of them however, sit at around 300 m, where they can benefit from both the sunny Mediterranean warmth and cooler evenings. Pigato and Vermentino have found in this special terroir their ideal habitat, developing a bright acidity, a pleasant minerality, and a very elegant aromatic profile, thus making them some of the finest Italian white wines. 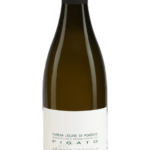 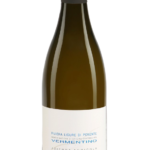